The Department of Agriculture’s Bureau of Fisheries and Aquatic Resources (DA-BFAR), along with the representatives from the fisheries sector, has formally launched the new Comprehensive National Fisheries Industry Development Plan (CNFIDP) on February 22, 2022, at the Seda Hotel, Quezon City. Through extensive consultations with hundreds of stakeholders and industry players from four (4) major fisheries sub-sectors—aquaculture, marketing, post-harvest and capture fisheries, the Bureau has consolidated their inputs to serve as a guide to both policy makers and program implementers towards the sustainable management and development of the country’s fisheries and aquatic resources for the next five years.“

The main thrust of this development framework for the fisheries sector is anchored on the key strategies that the DA wants to establish and strengthen, with emphasis on large-scale production, commercialization and consolidation,” Agriculture Secretary William D. Dar said in his message during the launch.“

This endeavor shall serve as an impetus in improving the productivity of the fisheries sector, while empowering stakeholders, especially fisherfolk, towards food security, inclusive growth, and global competitiveness,” Secretary Dar added.

The CNFIDP was initially developed for the period of 2006 to 2025, providing a clear and comprehensive framework for promoting the optimal development and long-term sustainability of the benefits the country gains from its fisheries sector. Guided by a sound and science-based technical analysis, as well as a strong commitment to social embeddedness, the updating of the CNFIDP for 2021 to 2025 was done through consultative, inclusive, and participatory processes which closely involved all the sectoral stakeholders in its design, formulation and verification. For capture fisheries, stakeholders from the commercial fishing subsector aimed to increase commercial fisheries production by 4%, while municipal fisheries stakeholders targeted a 5% increase. This is to be achieved through the implementation of effective management interventions as part of the key strategies and action plans outlined in the CNFIDP.

The aquaculture sector has curbed its targets for tilapia, shrimp and seaweed, meanwhile, the target for bangus has increased to 6%. The targets for shellfish and mangrove crab, however, have been increased by 2.5 times and five times respectively, as both aquaculture commodities have exceeded the targets set in the CNFIDP 2016-2020.Moreover, the targets for the post-harvest subsector, as stated under the CNFIDP for 2021-2025, includes a 10% reduction in post-harvest losses within five years, and an 80% compliance to hygiene and sanitation standards of all fish processing establishments in the Philippines.

Lastly, the trade and marketing subsector agreed to prioritize interventions, such as market linking, capability development and improving access to credit, which are recognized to be advantageous in weakening, if not, eliminating challenges in the subsector. Aside from each of the representatives from the emphasized sub sectors, among other notable guests who attended the event and showed support for the launching of the CNFIDP 2021-2025 were Senator Cynthia Villar, Secretary Dar, Honorable Wilfrido Mark Enverga, Hon. Leo Rafael Cueva, Undersecretary for Agri-industrialization and for Fisheries Cheryl Marie Natividad-Caballero and DA-BFAR National Director Eduardo B. Gongona. 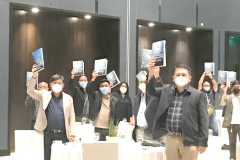 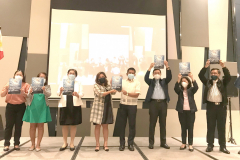 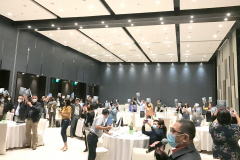 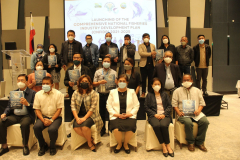 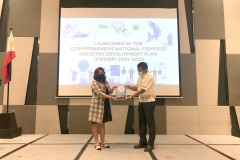